Guidebook sits down with indie gamers to find out the best ways to score a gaming job in Vancouver.

For students graduating into video game industry jobs, the line between work and play becomes a little blurry.

“We call it research,” explains Kay Chan, a producer at Eastside Games in downtown Vancouver. Employees at Chan’s studio are encouraged to play the latest video games every day. “You have to keep up with the trends, and it sparks your creativity,” she says.

Canada’s video game industry is a $2 billion juggernaut, placing third in the world behind America and Japan. Much of Canada’s game development happens right here in Vancouver, where industry titans like EA Games and Capcom employ hundreds of people.

“I chose Vancouver because it’s got a ton of studios,” Chan recalls of her move to Canada from Australia two years ago. She arrived amid tumultuous times: larger console developers (Activision, Rockstar) are being pulled away from Vancouver by tax incentives in Ontario and Quebec. Meanwhile, technology shifts have sprouted new gaming start-ups in the city at a record pace.

“Some of the big studios moved out, but that sort of made room for a lot of mobile,” says Chan. Sure, there are fewer studios with multi-million dollar budgets, but smaller mobile-ready studios like Eastside are absorbing the talent from Vancouver’s high-performing game development schools.

In the Greater Vancouver Area, studios hire from a large pool of programming, communications and design talent including grads from the University of British Columbia, Simon Fraser University, BCIT, Vancouver Film School, Capilano University, the Centre for Digital Media at Emily Carr and Vancouver’s Art Institute. Studios said they recruited software developers nationally from the University of Waterloo and the University of Toronto and animators from Sheridan in Oakville, Ontario. Although Capilano’s praised interactive design program is soon-to-be discontinued, there is no shortage of local Vancouver talent waiting for a chance to build the next hit game.

No two paths into the gaming industry look the same. Engineering, illustration, communications, and film production can all lead to a career in Vancouver’s game studios, say hiring companies. “We’re not necessarily looking for people who have gaming experience per se, but we are looking for people who solve problems creatively, and have a passion for coding and building,” says Sonia Ryan, recruiter at A Thinking Ape.

With so many education options, how does a student stand out? Guidebook explores four ways to score a dream job making video games.

On April 8, 2014, outside a gamer bar called EXP, hundreds of people lined up around the block to attend a “Hiring Happy Hour” organized by 11 game development companies including Eastside, A Thinking Ape, Fathom Interactive and Relic Entertainment. Inside, rainbow-haired students score facetime with recruiters, shaking hands and removing resumes from plastic folders.

“I was new to Vancouver, and I wanted to dig in as much as possible,” recalls Jordan Tame, now a junior game designer at Eastside Games. While finishing a game design program at Vancouver Film School last year, Tame estimates he attended 30 events before snagging an entry-level customer support gig with his preferred development company.

“There were meetups from Meetup.com, pub nights, sometimes speakers talking about whatever topics are relevant, hiring happy hours,” he says. “I was going to all of these events because that’s where you get to know people.”

But scoring facetime is only half the battle. To really impress recruiters, industry professionals say you’ve got to build your own career from the ground up.

When I asked about the industry’s movers and shakers, designers and software developers alike mention the mythic Kimberly Voll.

A game called TowerFall was conceived this way, says Chan. “It has a huge cult following and it’s really, really hard to play.”

“Vancouver has one of the biggest game jams in the world,” she recalls of the 2012 jam that spawned the archery battle game with a pixilated aesthetic. “Every weekend people will get together and make a game.”

From studio to studio, recruiters repeated that unique do-it-yourself game making stands out on resumes. Sonia Ryan, a recruiter at A Thinking Ape says her company looks for candidates who go beyond their class assignments. 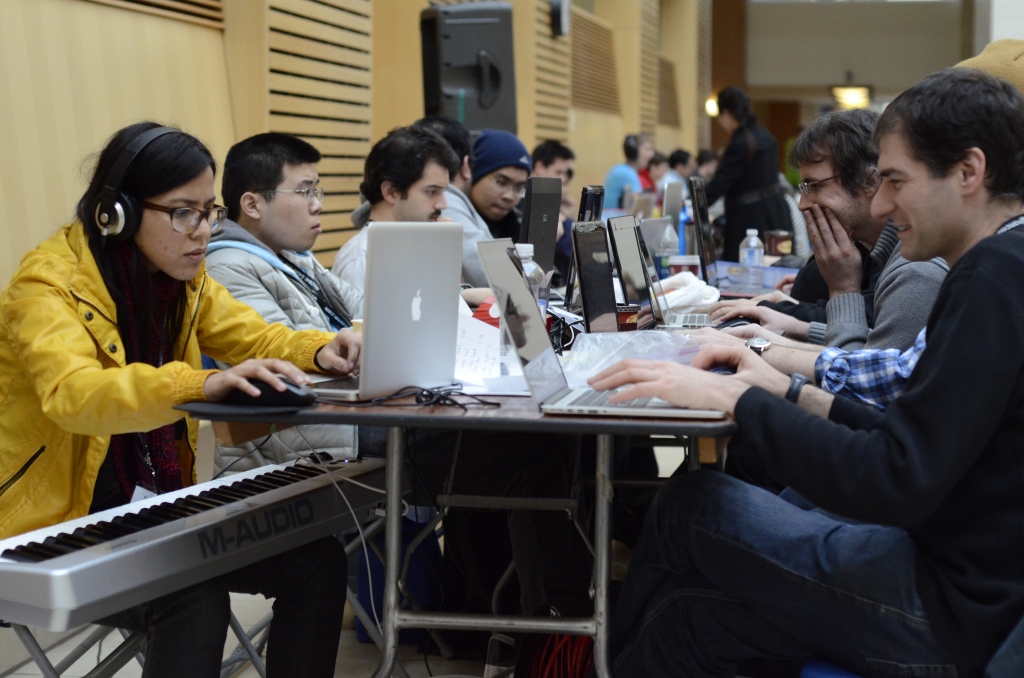 “We encourage everyone to work on side projects, and to contribute to the coding community,” Ryan says of A Thinking Ape’s strategy for hiring software engineers. “We look for any interesting projects that they list that aren’t school projects,” she adds. “If it’s all you have not that impressive.

“If you want to get into games, start making games,” says Tame. “Don’t wait for anyone to teach you, or tell you.”

There are dozens of studios based in Vancouver with staff numbers ranging from five to over five hundred. But reaching out to every one of them to ask for a job is not the best strategy according to people and culture manager Lidi Giroux of Eastside Games.

“We like to see students have a vested interest in this studio, rather than spamming every studio with the same cover letter,” she says. “The games we make are different. Our games have a sense of humour … they have a different audience than a lot of other games, so it helps to figure out where people want to work and focus.”

Every company has its own flavour, says Chan. Choose a couple studios who make games that you appreciate, and study their company closely.

“I was pretty much born in front of a computer,” says Chan of her lifelong obsession with virtual play. “Back in the ‘80s when the first computers that came out, I learned the alphabet on a keyboard.”

A Thinking Ape loves to see candidates with a knack for puzzle games. In fact, the company has a brain teaser posted on their site. “We’ve had a lot of interest in this puzzle,” Ryan says. “Whether it’s software engineers, artists or designers, they all have an interesting approach to it. We’re always looking for people who have an interest in solving problems, who can provide an elegant solution to complex problems.”

Leisure Suit Larry was Chan’s favourite game growing up, while Tame sites one of the early Blizzard games called Black Thorn as his inspiration for entering the industry.

This article was originally published in April 2014.